Like the rest of the world, I have stood by on social media watching the demise of Kanye West's mental over the past few years.... I have written blogs defending him/ his art, and even went to his show in Cleveland in last month. I will admit I was slightly hesitant fearing that I would be subjected to a 45 minute Kanye rant about Nike, Adidas, the election or whatever may have crossed his mind.... 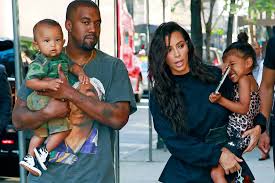 I mean like Kanye's music, his art, his confidence, his love for his family....

But what I have noticed is the torture behind his art and how we as a people have used it for our personal amusement or dismissing it instead of embracing the purple elephant our community, people of color's mental health. 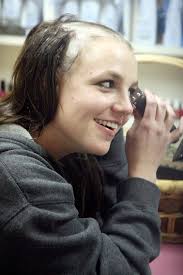 When Brittany Spears shaved half her head, we watched as she had a 'mental break down',
When Lindsay Lohan had her episode, we called it a 'mental disorder',
Hell when Dylann Roof shoots up a church, and we question his mental health.

Yet, Kanye West suffers severe head trauma, possible PTSD from losing his mother (you know.... the ONLY family he had), on top of being a black man in America in a hyper masculine career and we dismiss him by calling 'crazy'?

We as POC have a habit of dismissing mental health as 'white people sh*t', or it needing to be 'prayed on' instead of confronting what bothers our people. We have an excessive need to constantly be strong when we need to care for ourselves before it comes out in the wrong fashion . We watch people who look like us be murdered almost on the regular(with justice), our men are institutionalized from the time they enter grade school, our women are programed to be single parents, we suffer from systemic racism that 'doesn't exist' and that's just the top layer..... We often don't realize that this takes a toll on us as people.

We benefit from this man's art yet ridicule his choice in women, and expression?
We buy his sneakers, his albums, attend his shows and cling to his every word even if we don't agree... We bash his wife, her family, and don't realize what part we play in the demise of the mental health of people who look like us.

I watched his video from this past weekend as he called out Beyonce and Jay-Z, and heard the pain in his voice. He used his platform to call out someone who once was so close but now is so far, someone who was probably the last bit of family he knew, the last part of reality that he could remember before the fame made it all so blinding.

Now, I'm not condoning his childlike behavior however, I do see it all as a cry for help. On top of regular battles as man of color in this world, his every move as a human is criticized on a global scale, he lost his only parent, his wife is robbed at gunpoint ( so the natural feeling of not being there to protect her has hit him), he has no siblings, no privacy, and once again..... let's not forget his head trauma from the car accident in 2002, you remember 'Through the Wire'?

But Cookii, are his issues any different than any other person of color?
Of course not, but with Kid Cudi recently receiving help and Kanye hopefully doing the same. I hope that people of color especially men will feel comfortable reaching out before lashing out and being a victim to themselves....

March 23, 2020
This is the story of how my life was changed (again) in a matter of a few months... Its taken a while to process everything that has happened in my healing, the journey and ultimately what is next for me ... So bare with me as I tell this LONG story, Ill include pictures though to make it kinda fun...I have dealt with a lot of depression and anxiety stemming from this entire situation because of things that went wrong, things that were left unattended (by my own hand) and ultimate outcome...But I want to share my story because I know that someone else is hurting in silence and could use some help. While I don't have all the answers ,or maybe any some days, I have my story On February 19th at 12:30pm, I had 19cm/ 3.06 pound fibroid and 8+ pounds of excess skin removed in the same 6 hour long procedure.... Days later I had to have 2 blood transfusions due to the loss of blood in surgery and after.  Apparently things got scary (I didn’t know,I had a TON of morphine in my sy
2 comments
Read more

May 26, 2020
And just like that.... I had a date. The scramble began, I had to cram 6-8 weeks of recovery plans in a matter of 10 days.... Oh, and  I mention this is my final semester of my degree? So yea on top of working full time, trying to navigate through my interpersonal relationships,  and processing whatever is about to happen, I had to navigate what this could possibly look like for the last of my education. via GIPHY I was extremely emotional at this point and probably closer to my breaking point that what I honestly wanted to admit.......... I was scared. Scared of the pain, the recovery, the incision, hell how my body would look and feel because I had honestly just adjusted to the initial weight loss and of course dying. While both procedures are fairly simple, its rare that they are done together....So I had no clue what to expect but that I was going to be in pain... I got my tribe together for surgery/recovery plans, bought plenty of wine (they like
Post a Comment
Read more