An Open Letter to Trick Daddy... 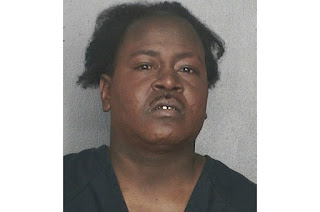 “These Spanish, these white h–s, they just started getting finer than a motherf—er,” he said to the camera while driving his car. “Y’all black h—s better tighten up. I’m telling you, tighten up. These Spanish and these white h–s getting very spiffy on y’all. They f— around and learn how to fry chicken you h— is useless.”

Maybe you are in the middle of a lupus flare ,you started snorting cheaper product ,or you have lost your rabbit ass mind..... But that stunt you posted on IG yesterday was just as tired  as you seem to be.
A 40 (plus) year old man taking to social media calling out black women as 'h*es' telling them to 'tighten up' is as comical as Donald Trump being on 'Love and Hip Hop'.
However if you haven't turned on a tv since the last time you had a hit album (I know its been a while),there is a war on men that look like YOU and black women (a lot of the same ones you are telling to 'tighten up') are on the front line to protest the unjust killings and incarcerations of men much like yourself (you know BLACK)...So the fact that you think that woman's worth is based upon her ability to fry chicken (which is killing us as a people always ) while YOU built a career objectifying women as a rapper is hilarious to me . What have YOU done to change the conditions of women who look like your BLACK mama, BLACK sisters or dare i say BLACK daughters? I won't even go into the fact that the mothers of your children are probably BLACK too.

You see, Maurice (yea, ill just call you Maurice, instead of just calling you a.. Trick ).... I did a little research on you prior to writing this open letter, you must have forgotten that you have not had a studio album since 2009 (so maybe you have a bit too much time on your hands),  filed bankruptcy for back child support and owe the IRS a very pretty penny.

Trust I know I was not the audience that you were referencing in the video....
I have all my natural body parts, barely wear make up, often prefer salads over fried chicken, currently hold a full time job, in procession of one degree while working on another, but I won't stand for is allowing you to speak of my sisters like this and by sisters I mean women in general. See,asshole opinions like the one you want to voice for millions to see is what contributes to the division of all women and needs to be corrected.

I guess you didn't know that the most college  educated group of women is the BLACK woman? But I wouldn't expect you to know that ,considering the longest post secondary institution you have been involved with was prison.

So please miss me with your wanna be OG hood philosopher ideologies on the BLACK woman, until you uplift her so she doesn't feel like she doesn't need to go purchase body parts for men like YOU. Black women have it hard enough without YOU adding to it.
I pray you don't pass on your southern fried cave man ideas to your daughters and ruin the self esteem that is so hard to have when you are young, BLACK and female.

Fashion cues for the Attractive and Mature....

August 29, 2009
For some reason everyone wants to claim to be 'grown and sexy'.....And for some reason cant dress the part... So Ive created my own phrase "this isnt for the grown and sexy,this is for the mature and attractive"....On the strength that those of us who actually are 'grown and sex' do not have to remind those around us EVERY 5 MINS or attend events named after this fad saying.....Attractive and mature have the form of dress that states it. So take these few helpful hints.... 1-Ladies;your jewelry needs to be simple and functional.A few simple pieces (not made of PLASTIC or from the hair store) say alot ....Perfect examples are.... a cocktail ring a silver 'return to Tiffany&co' bracelet or just something lite to put around your wrist a pearl necklace;classic AND sexy. a plain gold hoops <==NO,i repeat NO doorknockers a pearl earrings 2-Step your shoe game up,purchase a good CLASS pair of shoes What is a good pair of shoes you ask?A good pair of
3 comments
Read more

November 29, 2016
So of course every good blogger has these super glam photos posted on their blogs and IG. Like they look like they literally "woke up like this".... So if you know me, the glam thing you know that is a super stretch.. I'm normal at this point in life, I prefer leggings, Jordans and hoodie every chance I get... I have served my time in the club in 5-6 inch heels with the dresses short enough for my niece to wear. So when I sat down with my good friend, Chaz about doing photos for my blog I know I was probably every photographers nightmare. No, like seriously.... She asked about my ideas for my shoot, my visions, and I had nothing.. I mean I'm not a model? I like cookies too much....My 'sexy face' looks like I have something in my eye,lol So I did my own make up (scary, I know), Wore two of my favorite items; a denim shirt from Torrid (that my boobs are apparently too big for), and a tulle skirt from Zellie For She, And sat in front of the ca
2 comments
Read more

Size and the standard of beauty ;The little girl in the pink jumper

August 03, 2010
So lately I've been battling with some deamons as far as my appearance..... As a bigger girl I have learned what can make or break you in terms of beauty..... Yet I still find it shocking when people find me attractive.I'm very shy,and often it hard to believe that people find me beautiful......I always resort back to moments of my childhood.... Picture this..... A chubby bubbly lite skin girl with braids and barettes in a pink and white shirt,deniem jumper,white socks,and pink/white nikes(eh I was a 90's kid) comes to her desk and sees a note.... "Dear Ashlei Will you be my girlfriend?" The little girl looks over to the most popular boy in class,who happens to be smiling at her from ear to ear.The youg girl sends a note back,"Yes"backwards "s" and all....Later on that day as the children file out of their lines for recess,the girls on one side stepping,playing house,and the boys on the other wresling,playing football,etc.....A yung ma
2 comments
Read more